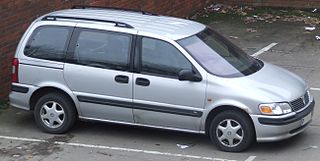 The name was chosen by a computer from a list of short, easy to pronounce words and not after the historic Portuguese town of Sintra. The Sintra is specifically based on the short wheelbase version of the second generation U platform and has the same wheelbase, front and rear track as the short wheelbase Chevrolet Venture and Pontiac Montana/Trans Sport, and similar exterior dimensions. Along with other U body minivans, it was made in Doraville, Georgia.

ABS was standard as well as dual front airbags, dual front side airbags, and seat belt tensioners. The hood was made of aluminium in order to save weight and increase the crumple zone for safety. It had the largest interior of all the MPVs in the European market, including those from Daimler Chrysler.

It did not use the LA1 3400 V6 engine, but rather a selection of Opel engines (which had to be imported to the United States for assembly). New for this generation, cabin air filters were installed, which can be easily accessed from inside the glove compartment. 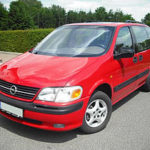 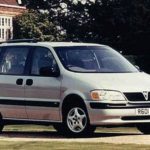 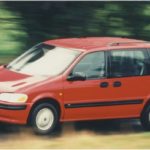 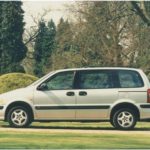 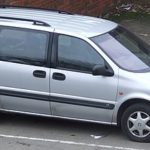 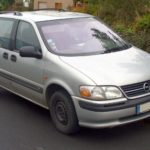 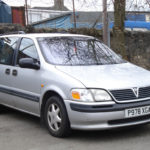 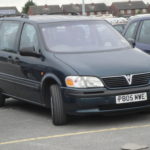 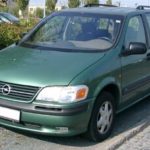 The Sintra had an important influence on U body development, because GM wanted to keep it similar in dimensions to European large MPVs (such as the Volkswagen Sharan/Ford Galaxy/SEAT Alhambra or the Eurovans), the platform was made quite narrow, which in turn made the GMX110s narrower than the previous «dustbuster» minivans, and more importantly than most American competitors. This influence continued through the third and final generation U body minivans, even though none of them were sold in Europe.

The Sintra featured sliding rear side doors on both sides and was available in different seating configurations, which provided seating for from 5 to 8 passengers.

Unlike its counterparts sold in North America, it offered manual transmission instead of automatic transmission, and had the gear shift mounted directly on the floor like the older generations of European MPVs.

Many reviewers and customers found that the materials, fit and finish were below the usual Opel quality, and also below what European competitors offered – this was only partially addressed by several changes made throughout the model lifetime, like replacing the upholstery fabric for the season of 1997.

In both May 2000 and May 2001, by which time it had been withdrawn from sale, the Sintra was ranked as the least satisfying car to own in the J. D. Power «customer satisfaction survey», covering cars first registered in the United Kingdom, and publishing in the Top Gear Magazine. 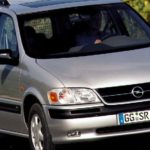 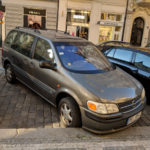 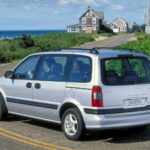 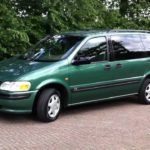 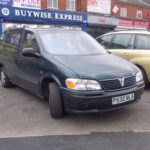 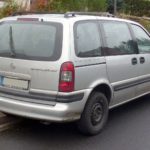 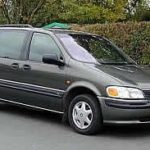 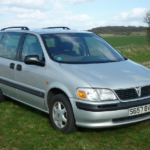 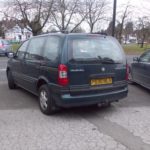 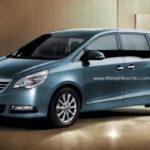 It was officially withdrawn from sale in Europe over the summer of 1999, by which time General Motors had launched the Astra based Zafira, which was a smaller vehicle, but proved to be far more successful than the Sintra ever had been.

The EuroNCAP frontal impact crash test performed on an model from 1998 revealed significant deficiencies – the cabin structure proved unstable and the steering wheel (along with the airbag) broke off (unlike the IIHS test of its North American twin, the Pontiac Trans Sport where the steering wheel only moved upward), which might have caused fatal neck injury to the driver, and that the damage to the dummy’s feet were extremely high.

Despite relatively good performance in side impact tests, the Sintra only managed to score 2.5 stars (3 stars with one struck due to the fatal neck injury hazard).

Consequently, the Sintra’s popularity plummeted even further, forcing Opel/Vauxhall to drop the model in April 1999. Because the Astra based Opel Zafira compact MPV debuted at the same time, it is sometimes said that the Zafira replaced the Sintra. However, Opel never had a large MPV after the Sintra (until the launch of the Zafira Tourer in September 2011). The Chevrolet Trans Sport (which was very similar to the Sintra) remained available in Europe through 2003 to 2005, depending on the country. 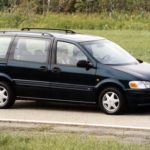 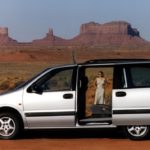 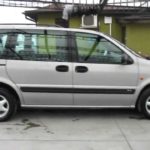 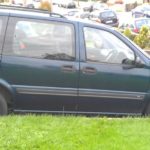 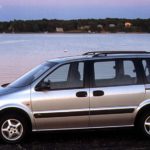 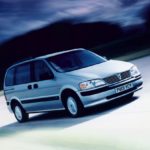 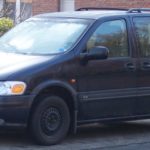 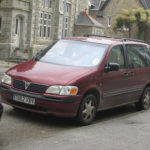 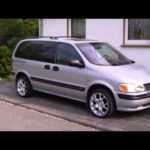 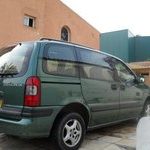